PeeWee AA's off to hot start!

The PeeWee AA team's season is really off to a hot start...10-1 to be exact.  The team has only played 2 regular season games against West Kelowna, but they've attended 2 tournaments so far and finished 2nd and 1st in Chilliwack and Vernon respectively.  This hot start began with 3 wins in round robin play at the Chilliwack Baden Classic over Chilliwack Red 9-1, Abbottsford 6-4, and Cloverdale 8-5.  That set up a meeting in the semi finals versus Vancouver Community and one of the top pitchers in the province Max Martinez.  The Tigers battled hard and managed to grind out a 4-1 win over Vancouver Commuity.  On the other side of the tournament Chilliwack Blue had bee mowing over their competition and were destined to meet the Tigers in the final.  Chilliwack got out to a quick lead 3-0 after 3 innings and the Tigers got the score to 6-2 after 6.  The final was the Tigers first loss of the season, but at 9-4 with an uncharacteristic 4 errors the Tigers went back to Penticton with a few things to work on at practice.  Second place in the first tournament (and the first games) of the year isn't a bad start though!

This past weekend the Tigers were in Vernon for the Cross the Creek Classic.  With some tightened up defence and very strong pitching the tigers went 3-0 in the round robin beating Salmon Arm 7-0, a very tough North Shore team 8-3, and Okotoks 13-4.  This set up a final game against a tough Ridge Meadows Royals team hungry for a tournament win.  Backed by an unbelievable 6 1/3 innings pitched by Ethan Woodbeck (56 strikes, 19 balls, 11K's and no runners past 2nd base) the tigers were able to dispose of the Royals 7-0 and claim the gold!

So how does this team do it?  Strong pitching, hitting, defence, hard work at practice, and baseball IQ.  The team is made up of 11 savvy 2nd year PeeWee players and 1 very good first year.  The core of this group has been together since Tadpole and has found success all along the way, and many of the teams players have completed 1 or 2 seasons of SOMBA's WHiPP (winter high performance program) program in the winter.

What's in store for this group in the coming weeks? 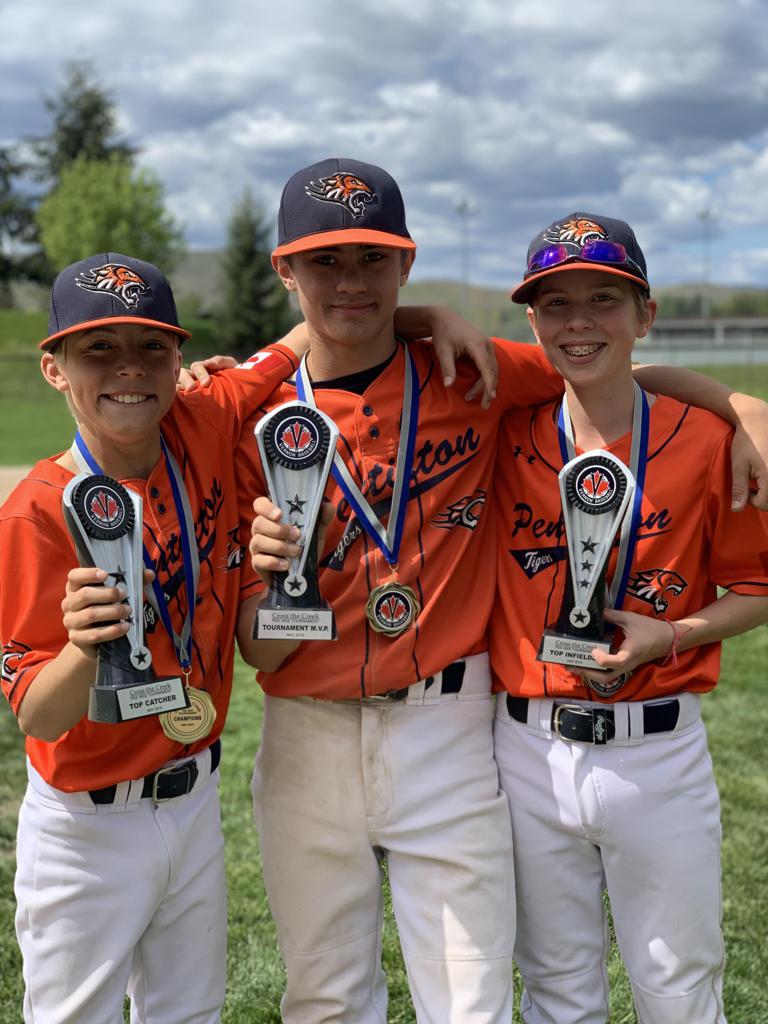 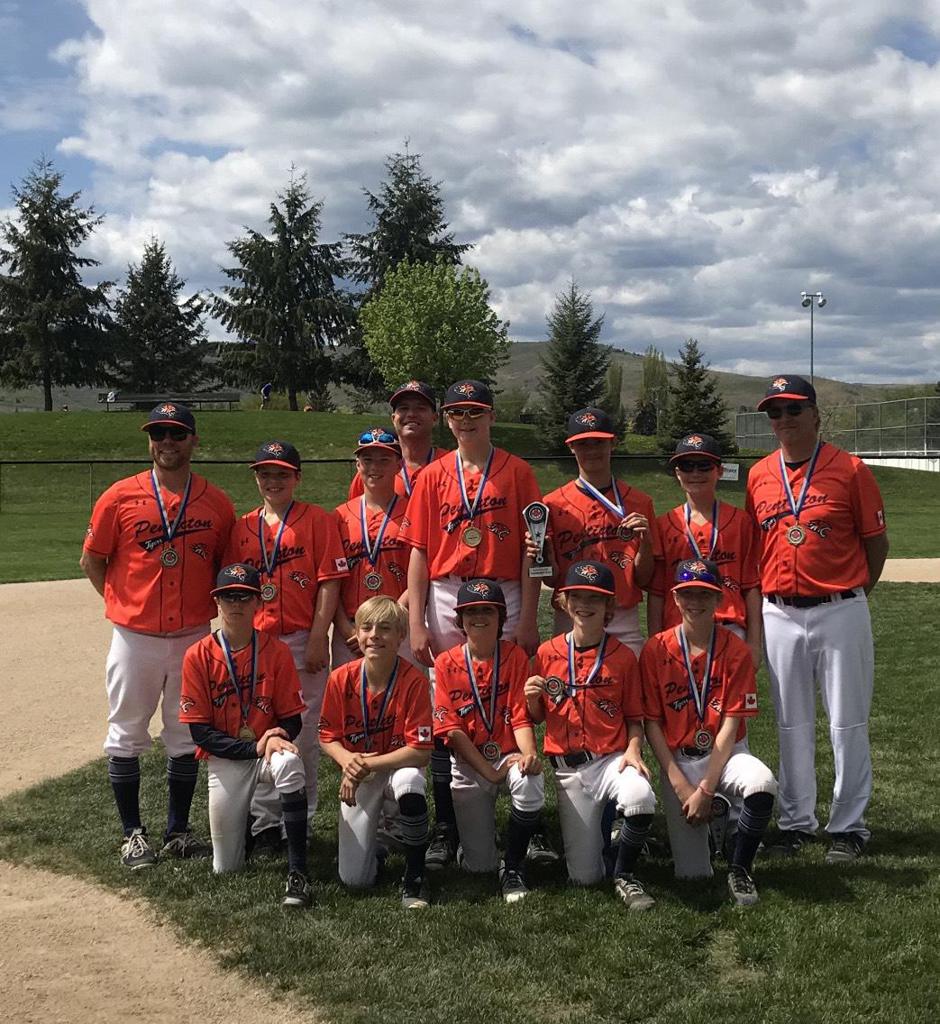