OTTAWA – Baseball Canada is pleased to announce the names of 28 athletes selected to represent Canada at the 2019 WBSC Premier12® that will take place from November 2 - 17.

The 12-nation event will see Canada compete in Group C at the Gocheok Sky Dome in Seoul, South Korea with opening round games against Cuba, host South Korea and Australia. The top two teams in the group will advance to Japan to compete in the Super Round from November 11-16.

Two spots in the Tokyo 2020 Olympic Games will be awarded at Premier12 with one going to the highest-placed finisher from the Americas and one to the highest finisher in the Super Round/Finals from the Asia/Oceania region. 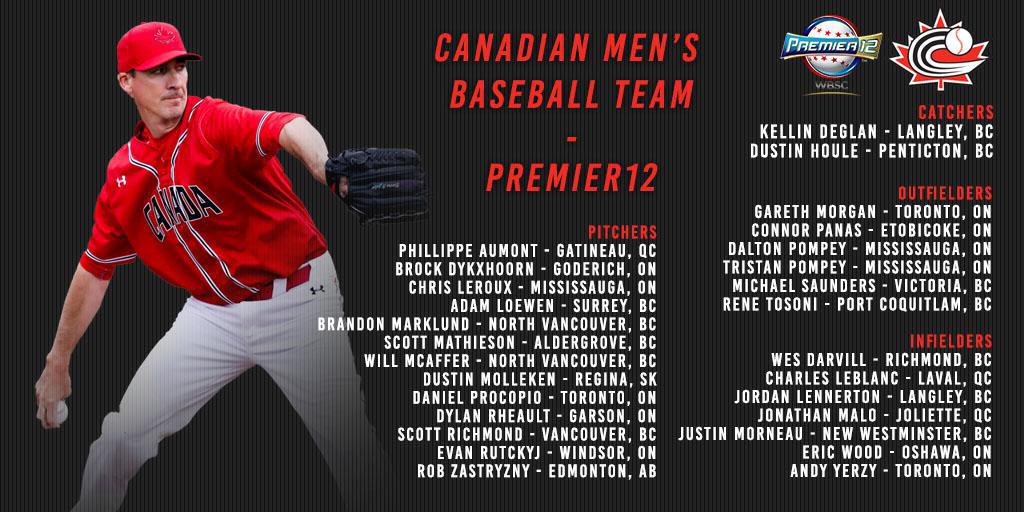