BC Minor U13 Coach of the Year

Congratulations BC Minor U13 Coach of the Year! 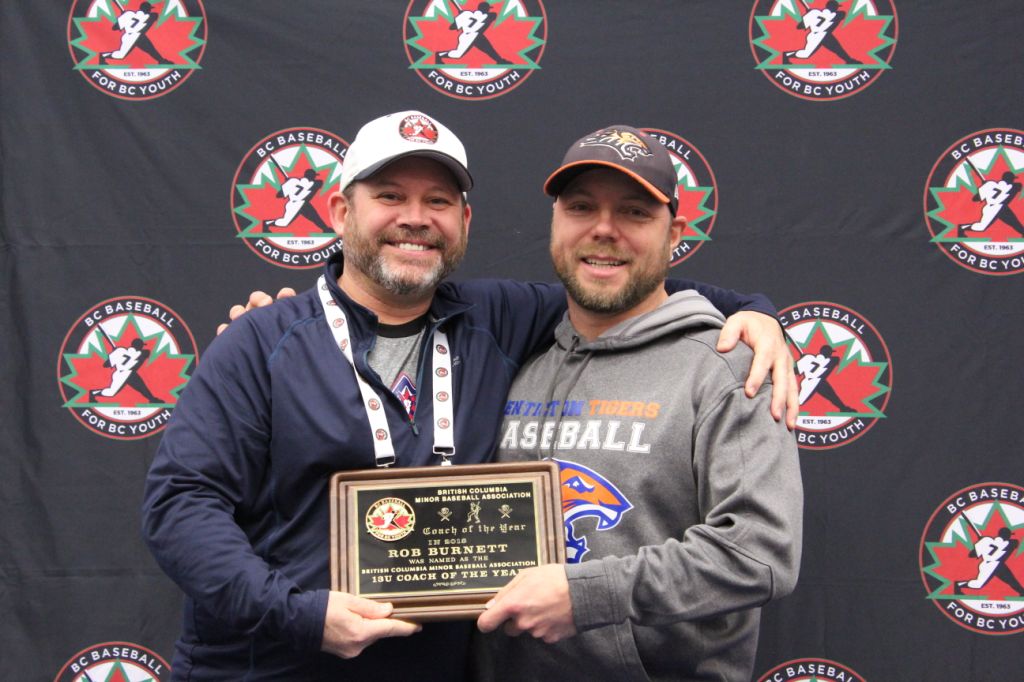 Congratulations to Coach Rob Burnett who was recently named 13U Coach of the Year for BC Minor Baseball Association at the 2019 BC Minor Coaches Conference in Langley.  In addition to being an outstanding coach, Rob is also an important member of the local business community in Penticton, and owner of Freeride Boardshop on Main Street.  South Okanagan Minor Baseball is very proud to have Rob as a coach and as a board member.

Rob Burnett brings a wealth of experience and baseball knowledge to SOMBA.  As a player, Rob was a member of the Midget AAA Saskatchewan Provincial Champion Regina Orioles (1991).  He also played for multiple Saskatchewan Selects teams, including the 1996 Gold Medal winner U21 team at the Western Canadian Championship.  The following year, he was a member of the Saskatchewan team at the Canada Summer Games in Brandon, Manitoba (1997).  In 1998, Rob played for the Weyburn Beavers in the Western Major Baseball League,  a premier collegiate summer baseball league.

Rob Burnett has been coaching baseball for 7 years and is NCCP certified as a Regional and Provincial Coach.  As a coach in Penticton, Rob has consistently developed high level players and teams.  In 2016 and 2017, with Rob as head coach, the Penticton Mosquito AAA  team won bronze at Provincials.  Last year, Rob's Peewee AA team were league champions and won silver at Provincials.  We look forward to more amazing baseball achievements from Rob and his teams in the future.  The future looks very bright for South Okanagan Minor Baseball.